This paper explores the role of the world wars in shaping the directionality of the energy system in the first deep transition, which culminated in the post-World War two ‘golden age’ of high and stable economic growth underpinned by an increased use of fossil fuels and in particular a shift to oil amongst other developments. Wars have been a neglected factor in the study of energy transitions and have not been a focal point of analysis in the Techno Economic Paradigms (TEP) and sustainability transitions perspectives that inform the Deep Transitions framework. Combining insights from sociotechnical perspectives and historical literatures related to total wars, we seek to unpack directionality focussing on four analytical lenses: systemic directionality, boundary crossings entailing relations between different systems, Geographical change, and how war influenced the evolution of rules in the energy system. Our interpretive analysis focusses on the First World War and post war period of frenzy and competition between different aspects of the energy system; the Second World War and the post-war period entailing stability and the age of abundance in energy; and the interruption of energy abundance and the return of scarcity in the 1970s, where the directionality of the first deep transition was challenged by the emergence of new rules in response to problems of the first deep transition. We highlight that central to both the first deep transition and to new rules that emerged in sustainability movements are diverse concerns around war and the military. Contemporary discussions on the climate emergency tend to neglect these dynamics, yet we argue interrogating ongoing and prospective energy transitions in terms of processes of the militarisation and demilitarisation of energy systems is an important point of departure with regards to considering the directionality of the second deep transition. 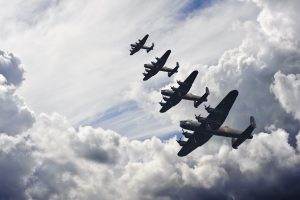 Keep Up to Date